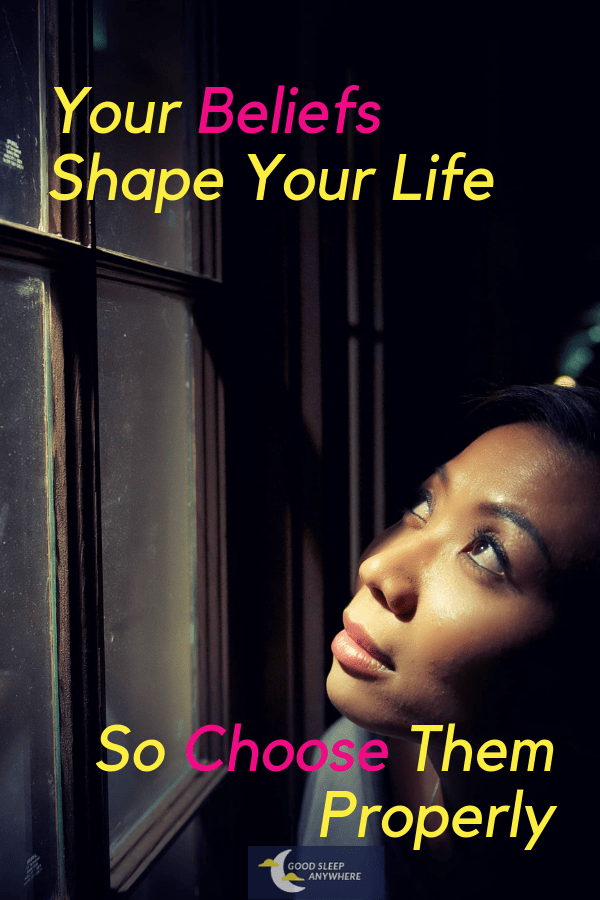 A lot of people think that their beliefs are like clothes. They really don’t have much choice in the matter. They just walk up to their closet, pick out what’s there, wear it, and move on to the next set of clothes the next day.

If that’s your attitude, regarding your beliefs, it’s no surprise that you are not living your life to your fullest potential. Whether this means enjoying the best job, making the most money in your field, enjoying the best relationships, or looking physically fit, beliefs play a major role in your life. No matter how clueless you are about its role, beliefs will continue to remain significant in your life.

Where do beliefs draw their power?

Beliefs are like glasses. Depending on the grade of your glasses, the world may look crystal clear, or it may look very fuzzy, and you might even have a nasty headache when using glasses that have the wrong grade.

Beliefs work the same way. When you perceive reality, and I’m talking about the things that you can see, hear, touch, taste, and smell, they have to be filtered by something in your head. This is called your belief system.

When you filter this information, you give it meaning. You provide it with color. You give it a certain slant or angle. What do you think happens next? Your analysis of the things that you choose to perceive, impacts the things you say, the things you do, and the things you feel about yourself and the rest of the world.

Our own warped way of perceiving reality

In other words, this is important stuff, but the problem is a lot of people think that since they think a certain way that this is the reality. They confuse objective reality, which everyone could agree with, with their own subjective take on the things that they perceive.

Also, other people excuse their own warped way of perceiving reality by saying that that’s just who they are or it’s part of their personality. How dare people question them!

Beliefs are chosen – they are not imposed on you 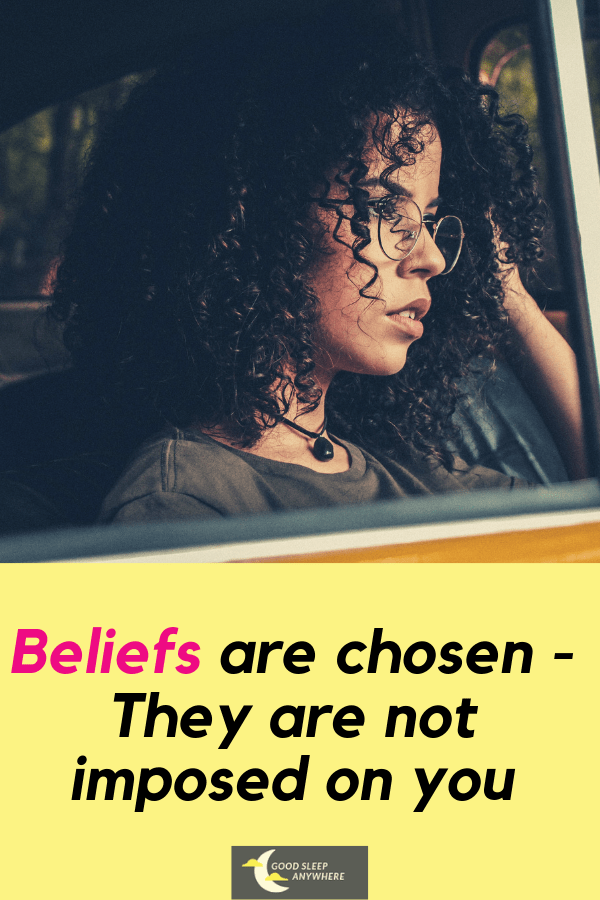 It’s like wearing raggedy shoes. You probably have really old shoes in your home. They look nasty, and they could even smell like a rat died in them but, for whatever reason, you like wearing those shoes because they’re comfortable. You know that they don’t look the best; they don’t perform all that well but you prefer their comfort. They do well enough and serve you well enough so you keep them around and you use them daily.

The same applies to your beliefs. Many belief systems have simply outlived their purpose or usefulness. It’s crucial for us to take a long, hard look at our beliefs and ask ourselves some hard questions. Otherwise, we will be living far below our potential. We would continue to look at reality with tools that really don’t serve us. That’s a tragedy.

Your unhappiness can be traced to your beliefs

It’s very easy for a lot of people to think that since they believe certain things, reality has to somehow someway keep in line with how they choose to perceive reality. I know this sounds crazy, but it’s also true. You’d be surprised if you engage in any political debate with people who use this kind of reasoning.

Politics aside, thinking this way limits people’s options. If you are in any way, shape, or form are unhappy with your career, the amount of money you make, the size of the home you live in, the kind of car you drive, the relationships you have, the shape of your body, so on and so forth, a lot of this can be traced to your beliefs.

Everything is a reflection of your inner belief system

Everything about you, I’m talking about your looks, your educational attainment, the way you speak, and everything else which all are reflections of your inner belief system. It’s very easy to think that we are born this way, but we’re not. These are all chosen. At some level or other and at some point in time, we were given a choice. Even though we tend to make the same choice over and over again, that doesn’t take away from the fact that we are still exercising choices.

If you find yourself feeling stuck – be it in a relationship, in your career, or in any other area of your life – one of the most empowering things you could ever wrap your mind around is the idea that beliefs are chosen. Just as you can choose to put on one set of clothes over another set, you can choose your beliefs. They are not imposed on you.

Reality doesn’t revolve around your beliefs

Sure, your parents may have to put a lot of pressure on you to think the way they do but, at the end of the day, you choose your beliefs. The fact that you continue to live your life assuming that certain things are true and allowing yourself to be limited by this beliefs system is a testimony that you have chosen those belief systems in the first place.

Please understand that reality doesn’t revolve around your beliefs. Beliefs are simply just your take on reality. There are other interpretations out there. There are other ways to mix and match the thousands of different neutral stimuli that you perceive every single day.

Don’t think for a second that just because you’ve believed certain things for a long time that this length of time somehow means that your beliefs are somehow written in stone. They’re not.

You can change your belief system any time

This doesn’t mean that the whole journey is going to be easy. Obviously, the longer you have believed certain things to be true, the harder it would be to change those belief systems. Still, regardless of the difficulty, it can be done. The question is, “Are you willing to do it?”

Make no mistake when you choose what you believe, you end up achieving a different kind of reality. How does this work? When you change your belief system, you change how you process the things that you pick up from reality. This then leads to different decisions.

Give yourself a challenge

If you change your belief system and the next time you see a beautiful car, you say to yourself “How can I afford that?”, you give yourself a question. In fact, if you have the right belief system, you give yourself a challenge. “How can I afford that?” means I’m looking for solutions. I’m trying to put things together. I’m looking for patterns and given enough focus, effort, and commitment, I can make something happen.