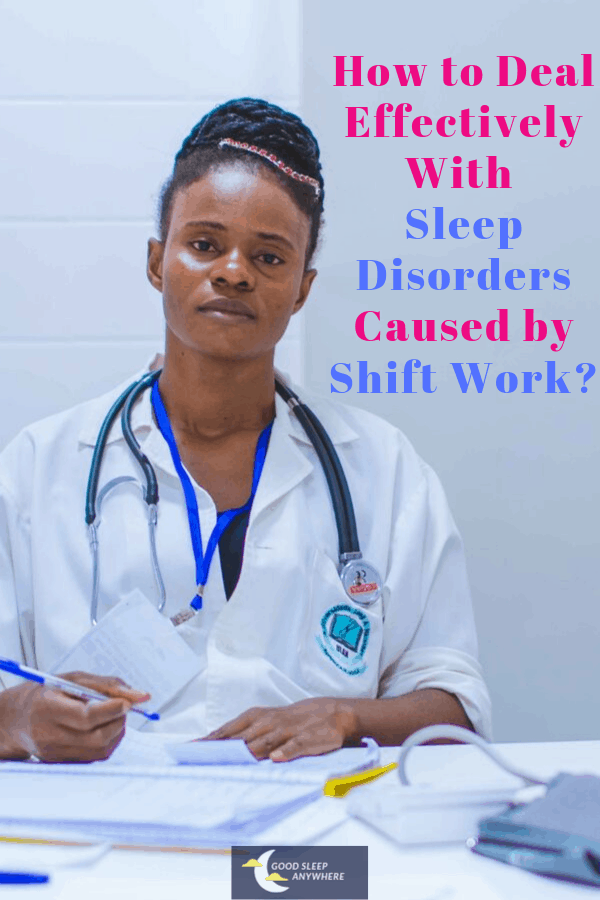 Working hours tend to be long and tedious, but for those who work shifts, the problem is even bigger. There are millions of people who work shifts. These people, on average, sleep less than workers who work a normal working day during the morning and afternoon. According to research more than two-thirds of shift workers end up suffering from sleep disorders. This is mainly due to the fact that the natural need to sleep during the night instead of during the day, is being tampered with.

Shift Work Related Sleep Disorders and its Effects on Society

There is no doubt that shift working hours are an integral part of many places of work. As a society, we are used to having certain services being delivered on a 24/7 basis. This includes electricity, health care, transport, internet and so on. As a result, there are workers such as pilots, nurses, doctors, firefighters and policemen, who end up working shifts.
However, this is causing a wide range of problems to those who are employed in such positions. These kind of working hours are in fact affecting the individuals themselves, their families, as well as the rest of society.

First of all, people who work at night and sleep in the morning, end up having a higher susceptibility to illness. This is because their immune system is suffering as a result of an inadequate amount and quality of sleep. These workers are also more susceptible to errors. Accidents can also manifest more easily because such workers need to drive back home in the morning after the shift, and they are generally very tired.

All of this ultimately affects society as a whole. Imagine a surgeon who is too tired to concentrate on a surgery, or a pilot who is going to fly a plane but is not feeling fully rested. Serious cases are ranging from accidents affecting several people, to material damages as well involved in this. It is important to bear in mind that a moderately tired person ends up being 10% less responsive. His or her visual field of perception is also decreased as a result of a lack of sleep.

Considering that modern society has become increasingly reliant on different kinds of services being made available on a 24/7 basis and that we are all getting used to the expectation of efficiency, the result is that there are more and more workers being employed on a shift basis. This is a vicious circle which is ultimately leading to more problems on various levels, and in general, a more over-tired working force.

So, what can be done to resolve these issues and deal with these problems?

The Sleep Pattern of Shift Workers

With these problems, shift workers end up in a position whereby they just cannot seem to build a healthy and stable routine. The sleeping and waking rhythm is continuously being disrupted as it goes against the norm. Workers who work nights tend to suffer from permanent sleep deprivation. When compared to the average number of hours people who work a normal daytime working day sleep, there is often a difference of about 2 hours between them.

This is mainly attributed to the fact that while one tries to sleep during the day, he or she is often going to sleep less soundly due to various kinds of interferences and interruptions which are prevalent during the day. The depth of sleep is also affected. Consequently, such people often find it hard to fall asleep and to stay asleep.

Workers who work morning hours, on the other hand, need to get used to managing to wake up early. When one ends up rotating from a morning shift to a late night shift, the problems are going to increase even further. This is due to the fact that while in the morning one needs to wake up early to go to work, there is then going to be a different sleeping time when one has a late night shift.

Sleep problems associated with shift work become even more serious when one suffers from other problems such as sleep apnea and narcolepsy.

The Influence of the Circadian Rhythm

Human beings have a biological rhythm of sleeping and waking up. This is referred to as the circadian rhythm. A healthy adult will have a specific phase when he or she sleeps properly during this rhythm. But when working shift hours, this gets disrupted. Such workers are forced to sleep during the day, despite the fact that at that time the body is set to wake up, not fall asleep. This constant shift changing ends up disturbing the circadian rhythm.

There are different views with regards to the level of adaptability humans have to this constant shift changing. Some researchers concluded that it takes up to 3 years for a person to get used to shifts. Others feel that the human body never really gets used to such irregular sleeping times. Having said that, about a third of night shift workers manage to change the rhythm within two to three nights. However, at the end of the day, it all depends on the individual.

The biggest level of drowsiness takes place between 2 am and 5 am. As a result, the efficiency of shift workers during that period of the night is significantly affected. Studies show that when one feels very drowsy, there is a negative effect on both the physical as well as the mental performance, including one’s motor functions and moods. Night shift workers are also said to be at a higher risk of developing problems such as upset stomach, gastric ulcers, and even cancers. Drowsiness can also be the prime reason behind car accidents.

Many night workers do not only suffer from health issues as a direct consequence of their irregular working hours. Most complain that their quality time with their family is greatly affected. They are also in a situation where they often face difficulties in running errands, dating and socializing.
Hence, both one’s health, as well as public and social life, is affected by their rhythm of work. Such people end up feeling frustrated and, to a certain extent, excluded. Hence, their quality of life and their level of satisfaction with their life ends up suffering greatly.

These are some possible treatment strategies and suggestions to make shift work more bearable. The strategy depends a great deal on the type of work processes and their respective requirements. Also, some people are said to be evening people, that is, they are quite okay with staying up at night. These people naturally get used to shift work more easily than the so-called morning people. According to research, women and older people generally find it more difficult to work at night. With this in mind, let us go over some possible solutions.

As much as possible, employers should try to take circadian factors into account when planning their employees’ working hours. Basing work schedules on such a pattern will have an impact on workers’ level of productivity and efficiency. It also has a direct effect on their job satisfaction, and also reduces the risk of accidents. Operational requirements need to be considered of course, but as much as possible, employers should keep these issues in mind. 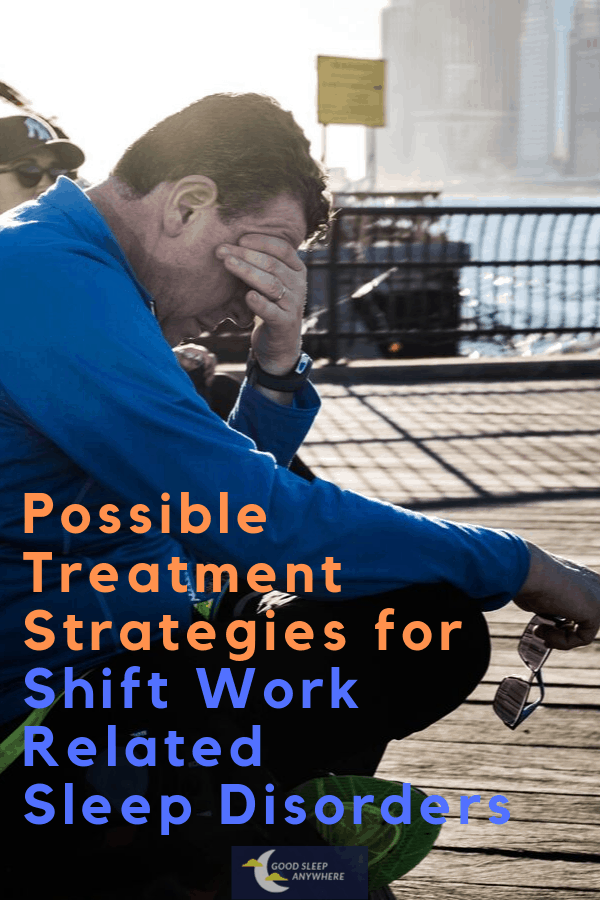 According to research, it seems that shift work is best tolerated when the worker is given the possibility of dividing his shifts more independently. This enables the worker to reconcile his work and family life more easily. Consequently, stress, time pressure and related problems are reduced significantly. Work schedules that can be more flexible can prove to be very advantageous for all concerned. Thus, the use of flexible shift schedules that proceed in a clockwise fashion to adapt to the circadian rhythm are to be favored whenever possible. So changes should be made from daytime to evening, and then night. Reverse oriented shift schedules are generally associated with long recreational periods, and these tend to disturb sleep considerably. So workers should ideally be given self-selectable layer plans with targeted pauses. Even short breaks can, in fact, have a positive effect on one’s level of concentration.

Fixed sleeping and waking up times

When a worker has a permanent night shift, he goes to sleep at the same time, even on those days when he is not working. Should sleeping time get postponed from day to night on the worker’s off days, it is going to prove very difficult for him to get used to dealing with working days.

For those who work rotating shifts, this is not possible of course. The only solution in such cases is to make a small adjustment to the new shift by one or two hours to the sleep or wake time. Unfortunately, such time shifts are not always possible though. Besides, these time shifts would have to be adhered to even on the person’s off days as the success rate depends a lot on consistency.

Then, there is another type of workers; those who are on call duty. These workers cannot make any arrangements for their sleep or wake times as they have to report to work whenever they are called in. Such workers can only try to make it a priority to be as well rested as possible at all times. This can be done employing short naps at different times. Although sleeping at a stretch is always deemed to be better than sleeping often at different stages, such workers can only deal with their working hours in this manner. Short naps taken in between, or before a night shift are recommended in such cases.

When one wakes up, there is a period ranging between a quarter of an hour to one hour where one feels an inertia. This is because the body has the need to remain at rest. This also needs to be taken into account, especially in cases when there is a need for an immediate response or action.

The degree of how awake one is, depends on a wide range of factors at the workplace. Working conditions thus need to be optimized as much as possible. First of all, there is the light. Lighting conditions have a considerable impact on workers’ level of alertness. Brightly lit rooms tend to increase alertness considerably.
The room temperature is also important. Low temperatures are considered to be better than very high temperatures.

It is a good idea to supply night shift workers with drinks that contain caffeine as well as healthy meals.

Employers should also not hesitate to refer to the assistance of sleep consultants when devising their operational working hours and work schedules. Shift schedules should ideally take every worker’s individual needs and status into account. This includes the gender, age and chronotype (the owl or lark).

Sleep disorders need to be taken more seriously and be addressed appropriately. Employers need to realize that at the end of the day these have an impact on levels of productivity and efficiency, and so it ultimately benefits their company too. There is also the employees’ level of job satisfaction, motivation, and effects on their personal, family and social life in question too.